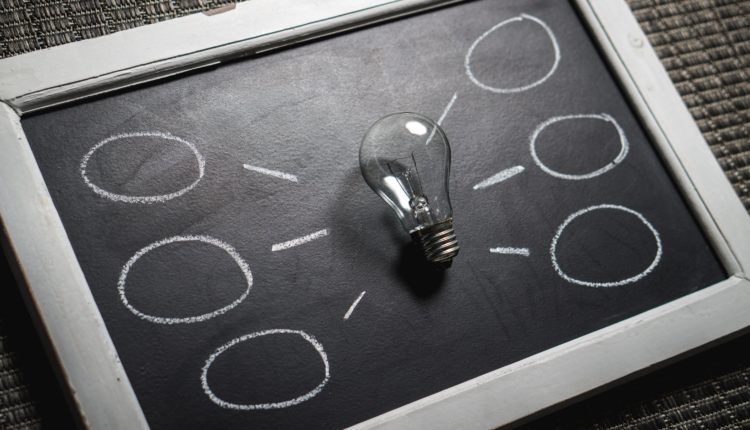 Stephen D. Barnhill, M.D., CEO of Apollon, commented, „Cannabinoids have been seen to exert ‚antitumor‘ effects by a number of different means, including killing cancer cells directly as well as inhibiting transformed cell growth and tumor metastasis. Apollon Jamaica, using results from its proprietary artificial intelligence based analysis on strain genetics, has cultivated and processed certain of its proprietary medical cannabis products with cancer treatment expressly in mind. We are excited that our formulations have been validated via independent laboratory testing to kill HER2+ breast cancer cells in 3D cell culture through direct cytotoxicity.“

Added Dr. Barnhill, „It is our theory that use of a combination of anticancer therapies, especially ones involving separate treatment pathways, may have advantages over single-agent-based strategies as they may allow simultaneous or serial targeting of tumor growth, progression, and/or spreading at different levels with efforts to kill cancer cells. As a part of the independent laboratory testing, we have demonstrated that, when Apollon’s medical cannabis formulations are used together with Aion’s medicinal mushroom formulations, nearly 100% of HER2+ breast cancer cells in 3D cell culture are killed through multiple different pathways. Pursuant to the Research & Development and the Retail -Therapeutic licences issued to Apollon, we intend to have Jamaican physicians begin treating patients who have HER2+ breast cancer in Jamaica where each company’s formulations can be available by physician prescription. This will allow us to corroborate these exciting laboratory results by observing the results of treatment in human patients.“

Commented Mr. Paul Burke, Chairman and CEO of Apollon Jamaica, „These test results and the plan to begin treatments in Jamaica are very exciting developments. Traditional chemotherapy, radiation and surgery cancer treatment protocols are expensive and require a great deal of infrastructure. As a result many women in Jamaica and worldwide have gone without, or with only limited, treatment.“ The Apollon Jamaica Chairman went on to say, „The combined formulations of Apollon and Aion are expected to be comparatively inexpensive, providing an opportunity for all women to have their breast cancer treated. I look forward to collaborating with Aion with regard to our shared vision to bring these formulations to market as quickly as possible and in a manner that allows all Jamaican women with HER2+ breast cancer, as well as, women traveling from international locations to Jamaica as medical tourists for our treatment, to have access to quality care.“

The testing occurred as a part of a Joint Testing Agreement between the parties and was authorized in accordance with Apollon Jamaica’s Research & Development licence issued by the Jamaican government’s Cannabis Licensing Authority (CLA). In the performance of services under the Joint Testing Agreement, each party confined its activities to those permitted by applicable law, with CLA licensed Apollon Jamaica performing medical cannabis activities and AI Pharma performing services involving functional medicinal mushrooms. Mushroom formulations containing psilocybin or psilocin, which comes from psychedelic mushrooms, were not included as a part of the joint testing.

AI Pharma currently has an agreement with Apollon Jamaica to license equipment and an agreement with Doc’s Place International, Inc. to sublease space in order that AI Pharma can perform cultivation, research and development, processing and treatment services in Jamaica with regard to its medicinal mushrooms formulations. The companies next expect to negotiate a joint license agreement involving their formulations and intellectual property whereby AI Pharma may exclusively use Apollon Jamaica’s medical cannabis formulations in their combined product lines in the US and Canada, and Apollon may exclusively use certain of Aion’s medicinal (non-psilocybin) mushroom products in their combined product lines in Europe and Jamaica, where legal. This structure would allow Apollon to benefit from Aion’s sales in the US and Canada, where Apollon Jamaica is unable to sell medical cannabis under current US and UK law. In both instances, medical care will be done by physicians and psychiatrists authorized to prescribe medications and treat patients.

Apollon Formularies plc is an international medical cannabis company headquartered in the United Kingdom. Apollon Formularies Jamaica Limited is a pharmaceutical company incorporated and operating in the Commonwealth of Jamaica and a contractual affiliate of Apollon. Apollon Jamaica is licensed by the Jamaican government’s Cannabis Licensing Authority (CLA) to purchase cannabis under tripartite agreements from licensed cultivators, process, perform research and development, and sell medical cannabis therapeutic products that include legal medical cannabis in order to treat various illnesses under medical supervision.

Aion Therapeutic Inc. is an international pharmaceutical, nutraceutical and cosmeceuticals business headquartered in Canada. AI Pharmaceuticals Jamaica Limited is a wholly owned subsidiary of Aion that is in the business of research and development of formulations and products that utilize mushrooms (functional and ones including psilocybin), fungi, and other natural formulations from medicinal plants in a legal environment that permits such work and discoveries. AI Pharma is focused upon the development of medicinal antiviral, antimicrobial, anti-inflammatory, anti-hyperglycemic, and anti-cancer compounds for use with the treatment of various diseases and ailments as well as general health promotion.

BIOENSIS is the solution of choice of predictive pharmacology needs led by a scientific team with more than 40 years of combined experience in preclinical pharmacology, BIOENSIS is the premiere innovator of 3D pharmacology technologies that more accurately recapitulate the microenvironment of human tissues and tumors. Their cutting-edge technology has been validated and optimized in more than 130+ cell lines and primary tissues, and their flexible technology enables assay customization and optimization for additional cell lines and organ tissues. They have a demonstrated track record of unparalleled commitment to and collaboration with customers to achieve their predictive pharmacology objectives.

Dr. Barnhill is a physician, fellowship trained in Laboratory Medicine and an expert in Artificial Intelligence (AI), an inventor on more than 40 patents globally and a pharmaceutical and biotech executive with experience as a CEO in both private and public companies in the United States and internationally. Dr. Barnhill is the Chairman and CEO of Apollon and the President and a 49% shareholder of Apollon Jamaica, which shares he holds for the benefit of Apollon. Dr. Barnhill is also the Executive Chairman of Aion and serves as a director and executive officer of AI Pharma.

Any cookies that may not be particularly necessary for the website to function and is used specifically to collect user personal data via analytics, ads, other embedded contents are termed as non-necessary cookies. It is mandatory to procure user consent prior to running these cookies on your website.